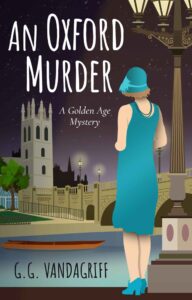 PG went to school near Chicago and lived in that city for several years afterward, during which time, he met and married Mrs. PG.

Chicago is famous for many things.

Some of those things are the various criminal gangs and gangsters which helped make Chicago an exciting place to live in the 1920’s and 30’s.

Al Capone, John Dillinger, Baby Face Nelson and Bugs Moran were among the most well-known, but many Chicagoans also remember Paul “The Waiter” Ricca, Machine Gun McGurn, Diamond Joe Esposito and opera enthusiast Papa Johnny Torrio, who persuaded Capone to move from Brooklyn to the greener pastures of Chicago.

Some Chicago gangsters also had literary aspirations. When Machine Gun McGurn was shot down in a bowling alley on Milwaukee Avenue, one of the participants in that event left a note with the body:

You’ve lost your job, you’ve lost your dough
Your jewels and car and handsome houses.
But things could still be worse, you know
At least you’ve got your trousers.

Thanks in part to The Chicago Police, The FBI and a variety of other government agencies, we have lots of photos of these luminaries.

PG is not trying to downplay the seriousness of a murder in Oxford. Such activities should be condemned no matter where they occur and regardless of how few or how many bodies are involved.

One such murder is the subject of Mrs. PG’s latest book. As you can tell from the attractive cover, Oxford murders are a more stylish affair than Chicago’s are and no one ever mistook a Chicago cop for an Oxford professor.

But, when a murder takes place on the grounds of Somerville College, founded in 1879 and named in honor of Scottish mathematician and scientist Mary Somerville, you know this Michaelmas Term is going to be one to remember.

No, there is not a funeral going on. No dignified organ music, procession or coffin are present, just the body of a dinner companion of Miss Catherine and Professor Harry. Even in Oxford, when one claims to have found a body, there are always people who suspect those who “discover” the body of having had something to do with an otherwise healthy Somervillian becoming a dearly departed Somervillian.

After all, Dorothy Sayers was a Somerville alumna (Class of 1915) and one wonders how much she learned about murder during her classes there.

Everyone knows that when an intelligent and attractive woman and a handsome and witty professor are suspects in a murder investigation, they are bound to have some interesting interactions thereafter. Especially at Oxford. (Even more so than in Chicago.)

Mrs. PG often reads her latest stories to PG while they are traveling in the car together, so PG can attest that this is an excellent yarn with hidden motives and red herrings galore. Plus there are generous dollops of Oxford, one of the PG’s favorite places.

5 thoughts on “An Oxford Murder”