Print bookselling remains artificially silo’d by country even today, for variety of legacy historical and logistical reasons. But by contrast, the global ebook marketplace is a seamlessly international one.

For authors, selling an ebook to a reader in a different country is just as easy as selling to a reader in your home country. Barriers to reaching an international audience no longer exist.

As of yet, most of these non-English-language ebook markets are still fairly early-stage. But that’s not true of the four other major English-language markets outside the US. In those markets, too, as we’ll see, a substantial share of all new-book purchases has already gone digital. And, as we’ll also see, untracked, non-traditional suppliers make up a high percentage of ebook sales in those countries as well. Which means that these other digital markets have also been consistently underestimated and under-reported by traditional publishing-industry statistics.

So this time, we rolled up our sleeves and basically went for the whole enchilada:

When we were done, we were looking at the most comprehensive international picture of English-language ebook sales available anywhere. 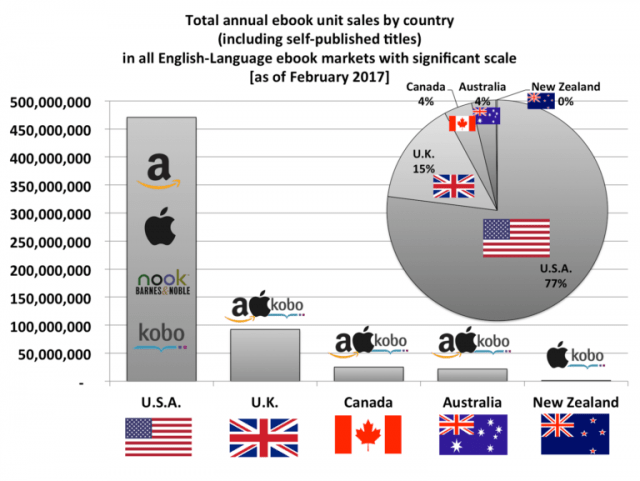 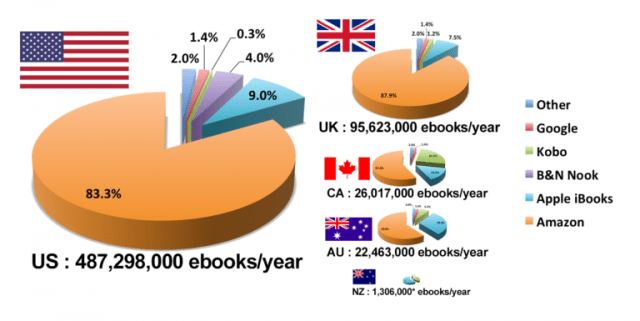 Link to the rest at Author Earnings