I’ve always thought I was quite good at reading faces, but the look people give you when you tell them you’re going to publish your diary is more complex and mysterious than the average expression: a half-smiling blur of alarm, tinged with suspicion and protest, which opens into a shyly guilty curiosity.

A writer I like and greatly respect, when I told her about my plan, drew in a sharp breath and said, “Your idea of privacy must be very different from mine.” I was mortified. Did she imagine my diary as a narcissistic spilling of guts, the sort of ghastly self-glorifying mush that women like Anaïs Nin used to spew out? We were sitting in a bar. I started babbling about how it was a stream of fragments, chunks of life. She still had that doubtful look. So I got out my phone and showed her photos of a couple of pages. Her face brightened. “Now I get it,” she said. “These are experiences that anybody might have lived.” Phew! I wiped the sweat from my brow.

A few years ago I had a huge bonfire in my backyard and burnt all my diaries up to the point where Yellow Notebook begins. I did this because when I went through the cartons of exercise books one day, looking for what I’d written around the time of the dramatic dismissal of the Whitlam government, I found to my astonishment that I hadn’t even mentioned it.

That day, crouching over the crates in the laundry, I was soon so bored with my younger self and her droning sentimental concerns that there was nothing for it – this shit had to go. Flames from the barbecue licked the heavens. All I kept were things that my daughter had written and drawn, plus the odd tram ticket or shopping list or dried flower that I found shoved between the pages of manically precise handwriting. I’m happy to report that I have never for a second regretted this conflagration.

The point of my personal history at which I stopped tearing and burning was around 1978, when my daughter and I briefly lived in Paris. I’m not sure if it was a matter of a tonal shift in the writing, or the change of scene, or greater brevity, or because I’d stopped going on and on about “love”, but reading what I’d written back then gradually ceased to embarrass me. It seemed that in 1978 I had sat up and taken a proper look around. What I was seeing and hearing around me, in a foreign country whose language I had studied for half my life but still spoke imperfectly, was taking on, in my diary, as much life as were my own inner concerns; and the links between inner and outer had became looser, somehow, less grinding and neurotic. And a lot funnier.

When in 2018 I sat down to see if this material might be publishable, I set myself some strict rules. I could trim, I could fillet, yes, but I was not to rewrite. On rare occasions I was allowed to reorder hastily written sentences that no reader would otherwise be able to make sense of – this was simple good manners. But I would not permit myself to correct or improve or polish.

And of course I soon found myself, day after day, strapped into the straitjacket that is the very nature of a diary: it’s got a voice, it’s entirely composed of voice, but it has no voiceover. It exists in an eternal present. When you’re typing it up you can’t add a layer of self-exculpating charm or graceful irony, as you can for example in memoir. You can’t wriggle past your ugly, foolish behaviour by saying, “OK, I did and said that then, but I would never do or say such a thing now.” The evidence is there on the page, unredeemable, giving off its static: your spiteful thought, your careless cruelty, your maternal neglect, your treachery and greed and laziness. There you go again, frolicking blindly towards the cliff and prancing straight over the edge. Sometimes, as I typed, I’d watch my own antics and burst out laughing, but I can’t count the number of times I writhed and cursed, and had to cast myself on the mat in the corner of my office and howl with shame.

Link to the rest at The Guardian 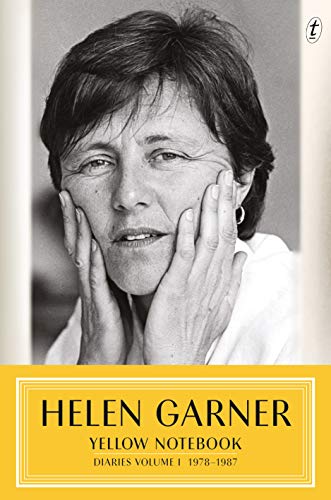 6 thoughts on “My early diaries filled me with so much shame I burned them. I’m publishing the rest.”