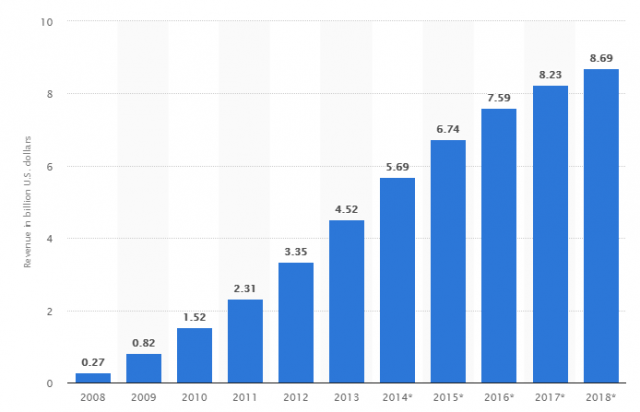 In the United States, the e-books industry has grown tremendously in the past decade, primarily due to a higher supply and demand of e-book devices and applications, but also due to lower prices compared to hard copies, as well as ease of travel and storage. However, forecasts suggest that the number of e-book users in the U.S. is expected to fall from 92.64 million in 2015 to 88.45 million in 2021.

Many e-books are available through American public libraries, which, since 2003, have an increasingly popular e-book lending model of both fiction and non-fiction titles for different audiences.

Link to the rest at Statista