From The Fashion Law:

Supreme is being sued for allegedly jacking another company’s camouflage print for a range of its ultra-hot-selling wares. According to the complaint that ASAT Outdoors LLC filed in a New York federal court this week, Supreme’s corporate entity Chapter 4 Corp. is on the hook for copyright infringement for its “unauthorized reproduction and public display” of a copyright-protected camo design that is “owned and registered by” Stevensville, Montana-based ASAT.

Apparel company ASAT asserts in the newly-filed lawsuit that Supreme – which maintains the title of one of the buzzy streetwear brands in the world – “copied [its camo] design and created derivative works of [it] and placed [them] on their apparel, such as hats, pants and jackets to sell on their website and in stores.” The problem with that, ASAT argues in its suit as first reported by WWD: “Chapter 4 did not license the design from [ASAT] for its apparel, nor did Chapter 4 have [ASAT’s] permission or consent to use or sell the design on its apparel,” such as its $218 “work” jackets and $145 cargo pants.

As such, ASAT claims that the New York-based streetwear brand has “willfully, intentionally, and purposefully, in disregard of and indifference to [ASAT’s] rights” infringed upon its exclusive right as the copyright holder to reproduce, copy, display, and make derivate works of – i.e., works based on or derived from an existing copyright-protected work – its protected camo print, thereby, running afoul of federal copyright law.

Link to the rest at The Fashion Law

Following are copies of a couple of exhibits from the Plaintiff’s Complaint, downloaded from the court’s file. 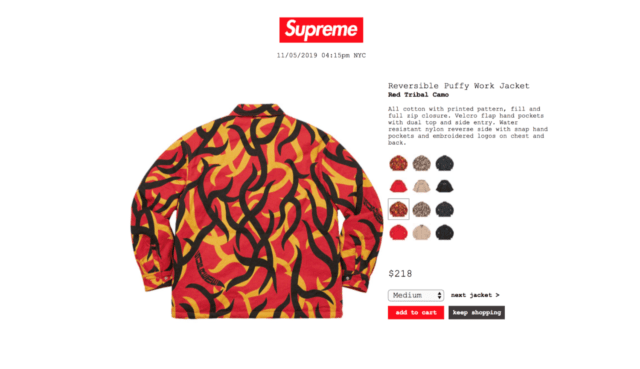 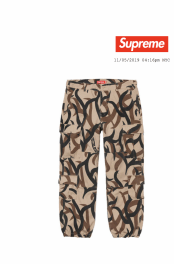