It’s the season of best of lists, and with the bonus of this being the end of a decade, we’re being treated to double the number of best of lists this year. What shouldn’t be overlooked among those lists are the incredible book covers that graced shelves this year. Works of art in and of themselves, it’s an outdated belief that we shouldn’t judge a book by its cover. The reality is we do and that we should. In honor of that, let’s take a peek at the best book covers of 2019. 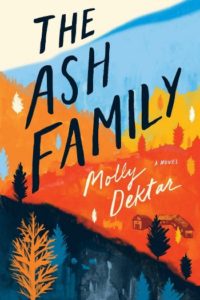 The Ash Family by Molly Dektar

This is one of those covers of which I would happily buy a print and hang on my wall in the center of the living room. The shades of blue and orange contrast against each other beautifully. That stark contrast gives off the feeling of turmoil amidst the calm of the forest—imagery that aligns with life in the Ash Family commune. 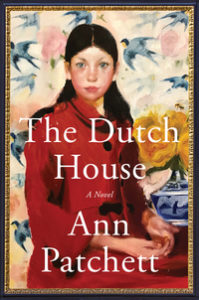 The Dutch House by Ann Patchett

I saw Patchett speak in Chicago shortly after her new novel’s release. She said: “Book jackets are like your birthday.” A week before, you insist you don’t know what you want to a friend and say you don’t want anything, “and when that person gives you nothing, and you go to bed on your birthday hurt and bitter, it’s only your own fault.” So she fought for her version of the cover. She didn’t want a house—she wanted that to exist in the reader’s imagination—but she thought it would be wonderful to have it feature the portrait of 9-year-old protagonist Maeve, an object that is important within the novel. Her first choice for artist, Noah Saterstrom, delivered the art that would become this gorgeous, richly colored cover. 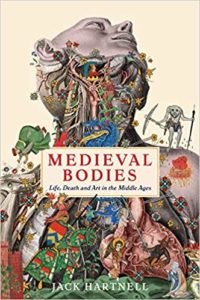 I found this in a book fair. It was the only copy in show and it caught my eye instantly. It is printed in a silky paperback, with lots of different textures and gold foiling. Plus it is an amazing piece that incorporates both amazing graphic design and medieval art work.

(PG note: Evidently somebody with influence didn’t like the original cover. Here’s a link to the more predictable current cover he found on Amazon.)

Link to the rest, including lots more covers, at BookRiot

PG was struck by the note that Ann Patchett had to fight for her preference for a cover. Ms. Patchett has made a great deal of money for her publisher(s) and PG expects she would be well-connected with the thoughts and feelings of her readers.

PG suspects that an author who hadn’t sold as many books might well have been less successful in a fight for a good cover. It’s not difficult to find a prolific traditionally-published author who has one (or more than one) horror story about being saddled with a terrible cover that doesn’t do anything useful to sell the book.

Absent a quite unusual clause in a traditional publishing contract, the author has no say about what her/his cover looks like.

Indie authors, on the other hand, hire their cover artist, share their ideas and collaborate with the artist to develop a cover the author really likes.

Do all author have great tastes where covers are concerned? Of course not. Do all underpaid editors at traditional publishers (who are almost always dealing with a limited production budget) have greate tastes where covers are concerned? Ditto. If the editors are familiar with the applicable genre (not always the case), they may be more concerned with a cover that fits in rather than stands out on the shelf or Amazon product page.

One additional point PG will make is that it is very, very difficult to persuade a typical publisher to pay for a cover refresh for a book once it has been published. The experience of many authors who are able to wrangle back their rights to a traditionally-published book is that their new cover choices for the indie version can have a very beneficial effect on sales.