AIGA and Design Observer’s 50 Books | 50 Covers competition, which reviews and awards the best of book and cover designs published within the past year, has just concluded its 94th cycle. We’re pleased to announce this year’s winning cover and winning book selections, along with a few trends the judges couldn’t help but notice while digging deep into the stacks to pare nearly 700 submissions down to 100 final selections.

As popular as the ebook (supposedly) is these days, to our judges—Gail Anderson, designer and professor at the School of Visual Arts in New York City; Michael Carabetta, Creative Director of Chronicle Books; and Jessica Helfand, Co-Founder of this publication—the strongest trends from the hundreds of selections they reviewed were of the tactile variety.

Carabetta, who has previously juried the competition, noted after a full day of reviewing entries that the final books selected were excellent “not only in design—[but] in production; in paper, mixing coated and uncoated… People are getting into the real, physical qualities of the book.” He went on, “Maybe it’s because of the screen age we live in that they are appreciating the tactile quality.”

The book, in the mind of the bibliophile, has been threatened for some time now: due to the adoption of radio, or tv, or the direction that the current political wind is blowing. And book designers responded to these influences in the way designers know best—visually. In one particularly symbolic example, author Ray Bradbury ensured his 1953 book, Fahrenheit 451, would avoid the untimely demise experienced by those books of his plotline by binding the second edition in fireproof asbestos to prevent its burning.

With the adoption of ebooks, it seemed book lovers everywhere were not able to shake the fear that the humble object of their affection–a book created by the art of ink on paper (no battery required)–was similarly under fire. But the book has persisted in new forms, designed in even more inventive and delightful ways with each passing year. After reviewing one cover design, Anderson said, “This is one of those covers that I wish I’d done, but can now never attempt because the designer executed it perfectly.” If that’s not a high accolade, I’m not sure what is.

Link to the rest at Design Observer

PG is not an expert on cover design (plus a great many more subjects), but he had a difficult time picking a couple of award winners that he actually thought were well-designed for inclusion at the bottom of this post.

From the photos and descriptions in the OP, PG surmised that the judges of the design competition may have performed their duties entirely with physical books without examining how those covers translated to a computer or smartphone screen.

He has no doubt that the tactile qualities of the paper, etc., were lovely in person. However, a book cover is, first and foremost, a marketing and promotion tool. Tactile qualities only contribute to book sales in physical bookstores.

If the covers are only attractive and attention-getting in their physical forms and fail electronically, PG suggests they have also failed in their principal business purpose. Cover designers can probably have a lot more fun with a physical instantiation of their creations, especially with interesting papers, textures, etc., but if the objective is to enhance sales of the book, the cover will fail if it flops on Amazon.

From The Digital Reader:

A book’s cover is often the first thing a reader sees when they find your book for the first time.

You never have a second chance to make a first impression, as the saying goes, which is why many would suggest you hire a professional to design your book covers.

But some authors have the skill to DIY or want to learn about cover design by doing so they can work better with the designers they hire, so here are fourteen sites, services, and apps that you can use to make an awesome book cover.

Link to the rest at The Digital Reader

Nate has included several interesting-looking sites with which PG was not familiar.

He has used Canva, however, for creating and formatting some social media posts (not for TPV and not book covers, but for other parts of the PG media empire).

You’ve done the hard work and created an amazing book. Make sure it sells out by creating an awesome cover design!

Canva’s free book cover maker is ridiculously easy to use – even for the novice or not-so-tech-savvy writer. Our book cover maker allows you to choose from hundreds of layouts, making it easier than ever to create a memorable cover.

Create a beautiful book cover in under 5 minutes

Customize your book cover to suit your book genre

Here is a demonstration of Canva’s power (for good or evil). PG created this cover in a few short moments without even thinking about it. 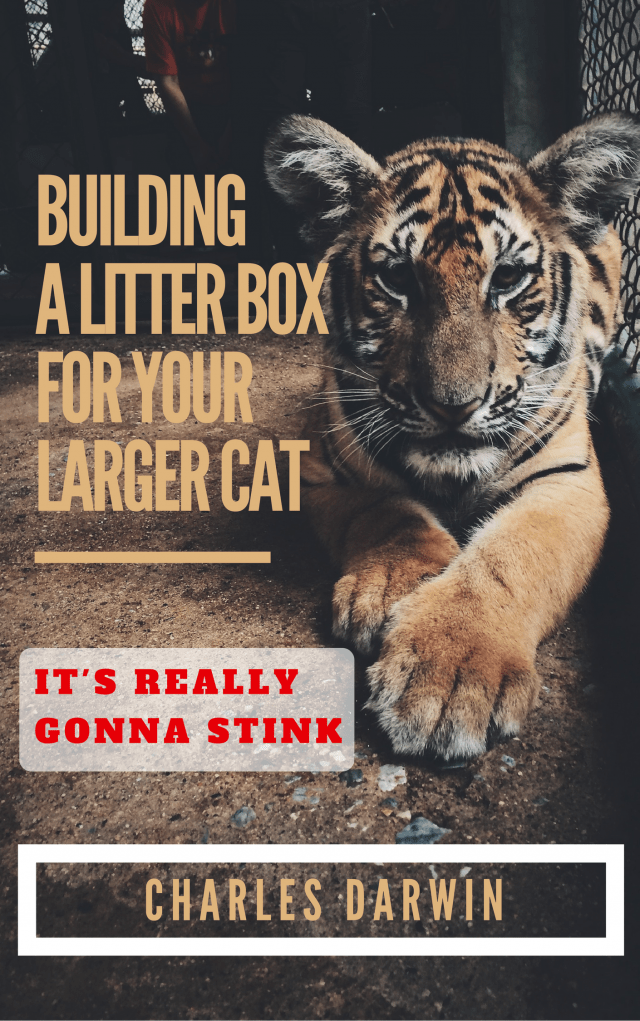 One of the most important skills you can learn as a designer is how to choose type. This is because text is one of the primary ways designers can communicate with users. Typography can make or break a design.

There’s a beauty and complexity to typography. Some people devote their entire careers to type. Thankfully, their work is well documented, so we have tons of online resources for typography.

This article is designed to serve as a starting point for helping you learn how to choose type for your designs. It will encourage you to explore fonts and font combinations beyond those you’re familiar with.

[I]f you are designing a greeting card that’s illustration heavy, choose a font that fits the style of your illustration. Harmonize your type with the rest of your design.

After determining the purpose of your design, identify your audience. This step is crucial because age and interest will influence your font options.

After clarifying the purpose of your design, identify your audience. This step is crucial because information about your users such as age, interests, and cultural upbringing could influence the decisions you make for your type.

For example, some fonts are more appropriate for children. When learning to read, children need highly legible fonts with generous letter shapes. A good example of this is Sassoon Primary. Sassoon Primary was developed by Rosemary Sassoon and based on her research into what kind of letters children found easy to read.

Armed with research and inspiration, you are ready to choose your type. When it comes to choosing type, keep the following principles in mind: readability, legibility, and purpose.

Choose fonts that are conventional and easy to read. Avoid highly decorative fonts in favor of simple and practical fonts. Also, be mindful of the purpose of a font. For example, some fonts are more suited to be headers rather than body text.

Link to the rest at freeCodeCamp

PG immediately thought about fonts used on book covers when he saw this. Lots of examples at the OP.

What do you need to make art? Why, art, of course: the works that have come before provide inspiration, establish a tradition to follow and expand, and now, in our digital age, even provide the very materials to work with. The Metropolitan Museum of Art has assured us that we should feel free to “use, remix, and share” their latest batch of 375,000 digitized artworks of a variety of forms and from a variety of eras in any which way we like. In partnership with Creative Commons, they’ve released them all under the latter’s CC0, or “no rights reserved” license, which places them “as completely as possible in the public domain, so that others may freely build upon, enhance and reuse the works for any purposes without restriction under copyright or database law.”

Link to the rest at Open Culture

PG says this appears to make these specific works of art (not the entire collection of the Met) available for use on book covers.

Here’s a link to Introducing Open Access at The Met for more information.

And here’s In the Library by Edwin Austin Abbey, released under the Met’s CC0 license: 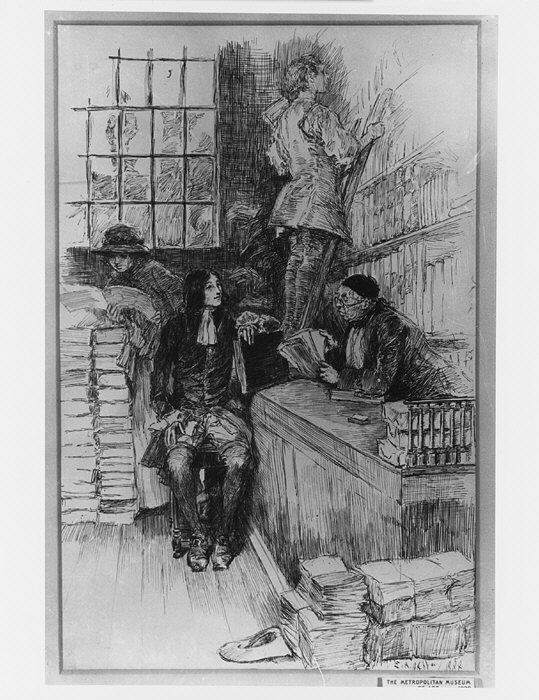 and a photo taken by Alfred Stieglitz in Paris in 1908 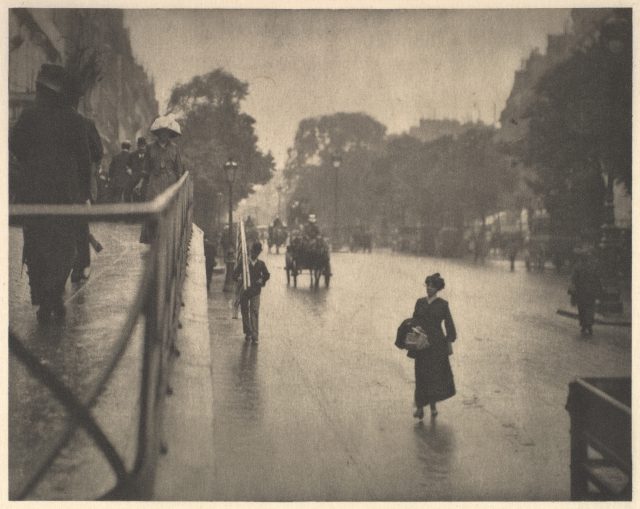 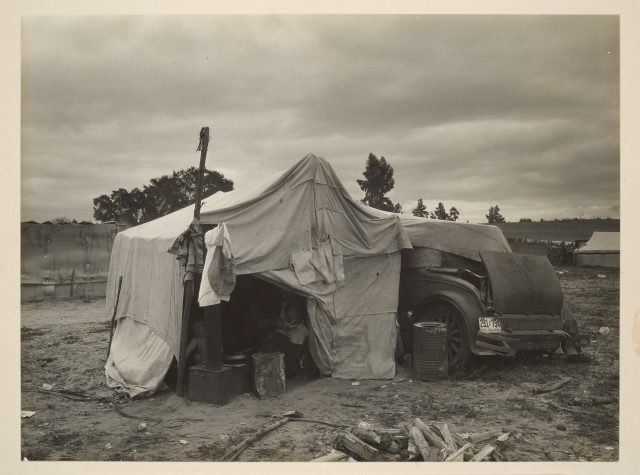 Book cover design, also known as ‘book jacket’ design, is a favorite topic of conversation in the Reedsy office. Since we opened our digital doors over two years ago, we’ve seen hundreds of authors collaborate with designers — and much more join our regular ‘cover critiques,’ when our professionals offer feedback on self-published book covers.

Despite our fascination with the art of cover design, we were surprised how little we actually knew about the process and, crucially, its cost. In 2016, we published a report on the costs of self-publishing a book by crunching real quotes offered by Reedsy editors and designers over a year. We were able to give practical guidelines for the cost of editing, but when it came calculating an average price for a professional cover, the costs ranged from between $300 to over $1,500.

At the most basic level, a professional-looking cover will help readers take you and your book seriously. Online retailers like Amazon do not distinguish between traditional and self-published books in their search results. That means independent authors must compete against traditionally published books and ensure their designs match or, if possible, exceed those the big boys are putting out.

You may have a friend who’s great with photoshop and has offered to help you for free. As enticing as it may be to work with a friend (for free!), a professional designer brings more than just photoshop skills to the table. Book cover design is a complex balance of images, text, and information — and you need someone who understands how each of these elements interacts with the others to best sell your book.

“One of the benefits of hiring a professional cover designer is that he/she will have an intimate awareness of design trends within a given genre,” says U.S. designer Kevin Barrett Kane. “Emulating the designs of other titles within a given genre can make a book look generic, but being too original with the design risks confusing readers about the subject of your book. An experienced cover designer knows how to thread the needle between the overdone and the ambiguous.”

A well-written brief will pay dividends. Not only can it help you secure your designer of choice, but it lays the ground for a smoother collaboration and will often result in a lower quote. A good brief doesn’t just describe the book in stunning detail; it’s also your first (and often only) chance to pitch yourself as a collaborator.

“I worked in advertising for 18 years so I can smell it on the air when I know I’m heading into a mire of endless demands,” says illustrator and designer Chuck Regan. “I know who’s going to get the blame when their book does not sell because of a cover they didn’t like.

“Ultimately, my decision to work for an author is based on a sliding scale. What’s the subject matter? How much detail is required? What’s the timescale? And how much fun do I think it will be to render the cover?”

Link to the rest at Reedsy