The ghost of Halloween past has come back to haunt Katy Perry in the form of a new lawsuit.

Celebrity photo agency Backgrid USA has sued the pop star for copyright infringement over an Oct. 29, 2016, Instagram post that features a photo of Perry in a Hillary Clinton Halloween costume, documents filed with the U.S. District Court in California on Tuesday show. Because Perry failed to license the Backgrid-owned photo before sharing it with her 80 million Instagram followers, Backgrid alleges, she hurt “the existing and future market for the original Photograph,” resulting in “substantial economic damage” to the agency.

“The Photograph is creative, distinctive, and valuable,” the complaint reads. “Because of the subject’s celebrity status, and the Photograph’s quality and visual appeal, BackGrid (and the photographer it represents) stood to gain additional revenue from licensing the Photograph.” Backgrid further alleges that Perry failed to license the photo even after the agency corresponded with her through her reps numerous times between July 2017 and October 2019.

“Backgrid is an entertainment news agency that works closely with celebrities. As such, it is never Backgrid’s objective to litigate against celebrities,” said Backgrid attorney Joanna Ardalan.

There is precedent for Backgrid’s suit. In recent years, a host of celebrities including Jennifer Lopez, 50 Cent, Jessica Simpson and Khloé Kardashian have been sued for posting unlicensed paparazzi photos to their social media accounts.

Link to the rest at Billboard

PG understands the copyright law underpinning the lawsuit and also understands that many celebrities like to see their pictures in various traditional and internet publications to hopefully help keep them relevant for some members of the general public.

However, PG can also understand why a celebrity who uses a photo in which she is the only subject of interest can feel a bit put out when the photog sues for damages.

Link to the rest at Muzli

Here are some of the AI-generated faces: 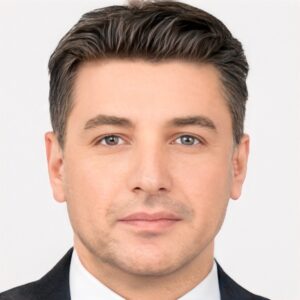 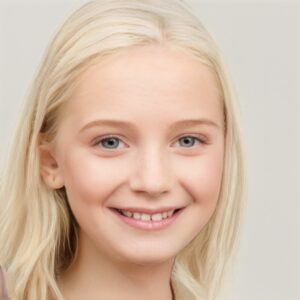 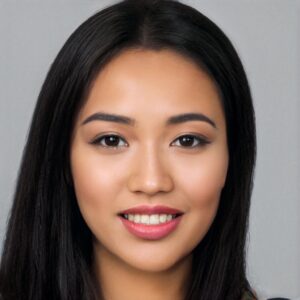 PG says that these look pretty good to him. They’re downloaded from a Google Drive of 100,000 AI – generated images you can access at the OP on Muzli.

PG hasn’t gone through all the images, but some of them he stumbled across have some computer artifacts that tell you this is not a real person.

However, for an experimental start, he thinks this is impressive.

PG has been visiting out-of-state family and apologizes for the lack of  posting. 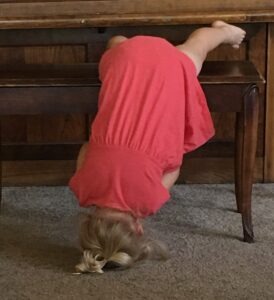 This is a granddaughter.

PG is ignorant about what she was actually doing in this photo (she was definitely not playing the piano or attempting to do so), but if you are interested in alternatives to cliched pics of cute little girls, you might want to consider using this idea as a template. 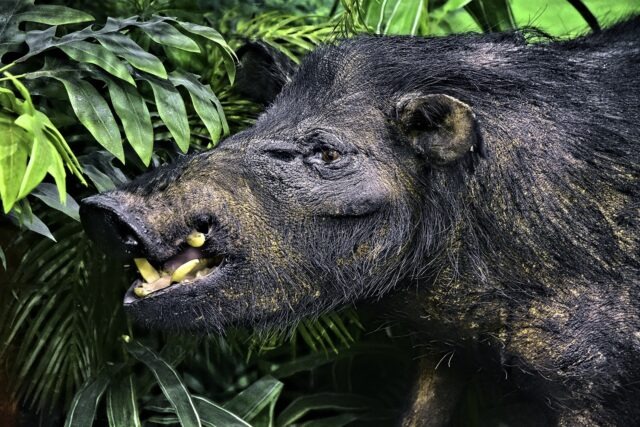 A photo PG made recently.

When we got home, our house wasn’t as we left it. We stood for a moment, not yet understanding why all our belongings were on the floor, how each drawer had been pulled out, tipped empty. There was a space where my laptop should have been and there were loose wires hanging from the television unit. Our fridge door had been left open, the fuse had burnt out, our food was turning bad. We were in the middle of an oppressive heatwave.

Such hot weather that, in an attempt to air out our suffocating, tiny house, I’d left a small window open downstairs. Stupid, I know now.

‘We’ve been burgled!’ I wailed, as I panicked, touching everything.

People say the worst thing about a break in is the intrusion, the idea a stranger has been in your house. Yes, I realised, this is true. I felt mildly disgusted as I looked at my underwear strewn across the bedroom. I pictured a man, pale and rail thin, with a harsh face and mean eyes. I saw him stalking through our house, sweating from the midday heat. At that time it felt so personal, so hurtful. I hated him. I pictured him as vividly as I could so I could hate him properly.

Obviously, I would be able to tell just from looking at him that he was a bad person. Isn’t that how it works? They are different to us. Bond villains have scars, cult leaders have swastikas carved into their foreheads, mass-shooters have that crazed look in their eyes. We find safety in these differences between us and them. When these conventions are broken, when the blandly good looking guy next door turns out to have a human head in a freezer, it shocks us. Shouldn’t we have known?

My second book One More Lie follows two adults who are living under new identities, after serving their sentences for a crime they committed as children. In the book the female character, Charlotte, captures the imagination of the public more than her accomplice Sean. Sean is dismissed as “exactly the type” who would do such a thing, an angry child with little adult supervision whose story was inevitable. Charlotte, however, is endlessly fascinating to people, especially the press, as she doesn’t look the type. In fact, she looks almost angelic. Big eyes, beautiful. So sweet. People ask, was she led astray, or is there a cunning psychopath behind that smile?

Sometimes, not looking like a criminal can work in a suspect’s favor. Look at the recent success of Jeremy Ray Meeks, whose mugshot went viral after his arrest for…well, it doesn’t matter anymore, does it? Jeremy is no longer a criminal, he is a supermodel, he dates a billionaire’s daughter. And a quick Google of “hot mugshot guy/girl” shows our fascination with this contradiction.

Sometimes, being good looking works against the suspect. Amanda Knox was given an inordinate amount of media attention following the murder of her flat mate Meredith Kercher. In the UK she was nicknamed “Foxy Knoxy,” she was also called, “Angel Face,” and her behavior was monitored obsessively. Was she appropriately sad enough about what had happened? Did she conform to the role of secondary victim, or was she a villain? Either way, Amanda Knox fascinated us and it wasn’t to her advantage. Had she been less attractive, might she have escaped our scrutiny entirely?

There were no repercussions for those who expressed an attraction to the idea of Knox as a hot murderer, to the fantasy of a sexy dangerous female. Casey Anthony was similarly objectified during the course of her trial. Both women are now released, they are not guilty, and we have moved on.

Or have we? The Netflix series The Ted Bundy Tapes reignited everyone’s interest for a semi-hot serial killer. A trailer was released for the Ted Bundy movie Extremely Wicked, Shockingly Evil, and Vile (will I ever be able to recall the title of this movie off the top of my head?) starring Zac Efron as the man himself. And people were…offended? Yes, very offended, because Ted Bundy shouldn’t be sexualized. Those women who said he was hot should be ashamed of themselves. We shouldn’t portray Bundy as good looking and charming and we certainly shouldn’t fancy him, or even a representation of him.

Link to the rest at Crime Reads

Some time ago, PG went on an unusual binge of examining mug shots of criminals from the Southern California gangster era and other locations at the same time, probably in conjunction with him posting a series of Raymond Chandler quotes.

During this frolic, he decided he might possibly suspect some of being criminals based on their appearance, but wouldn’t have identified others. 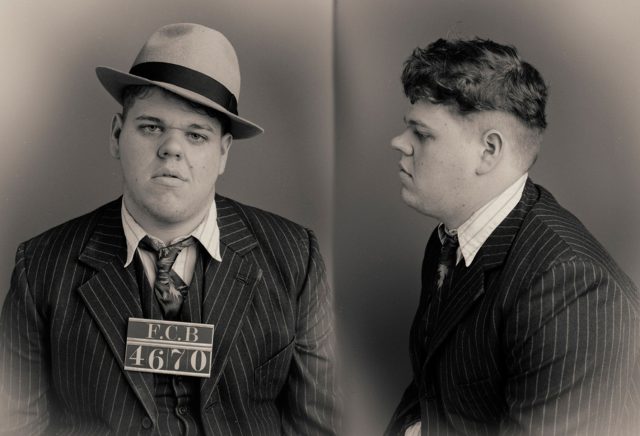 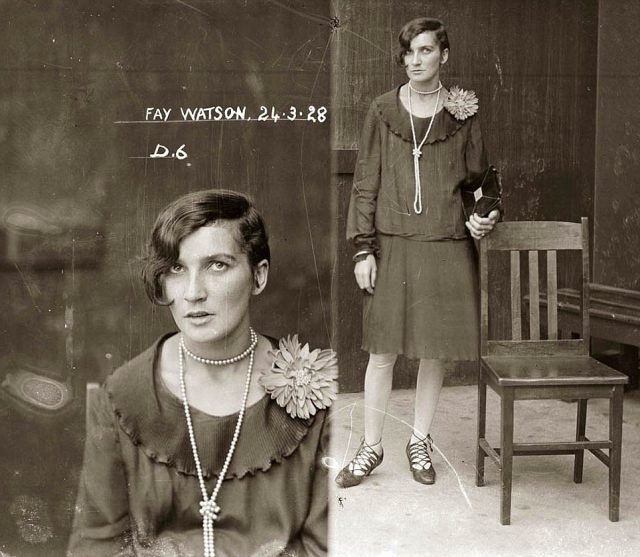 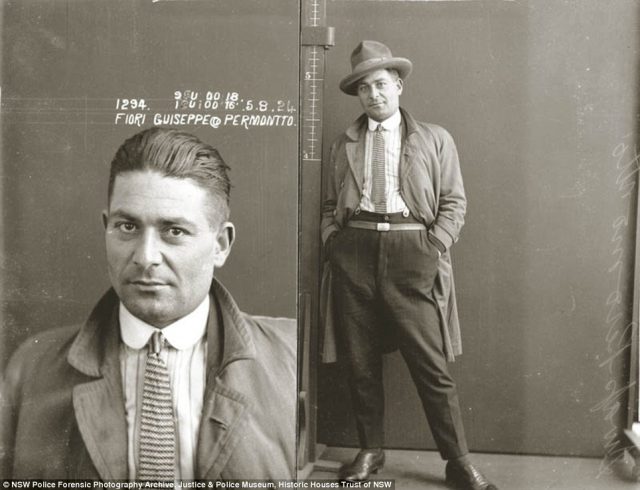 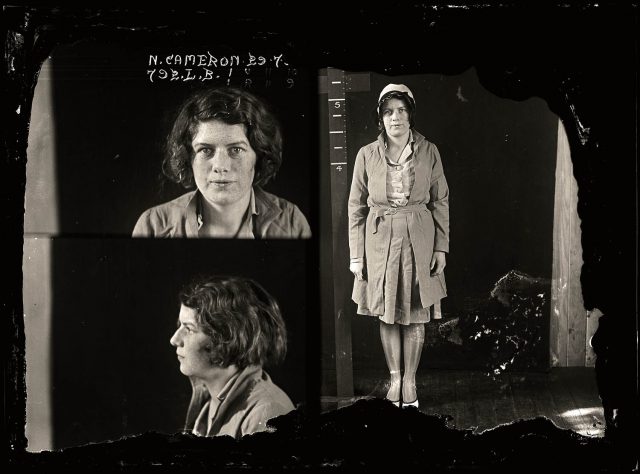 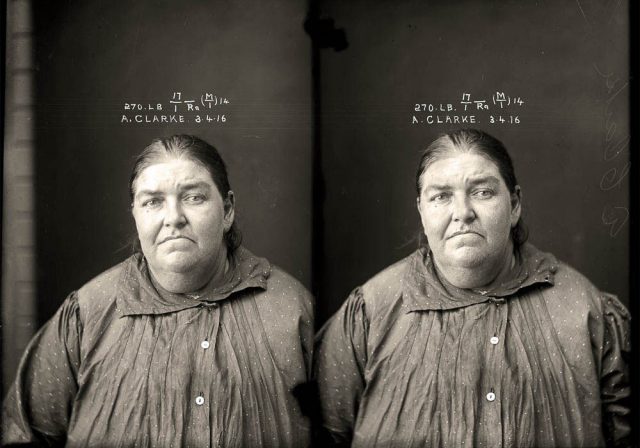 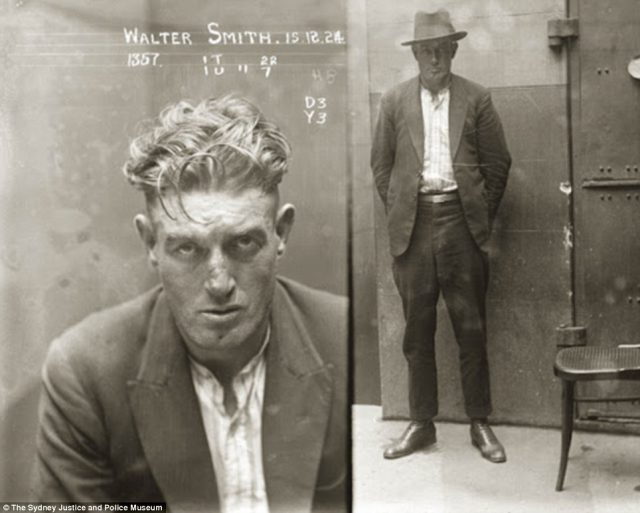 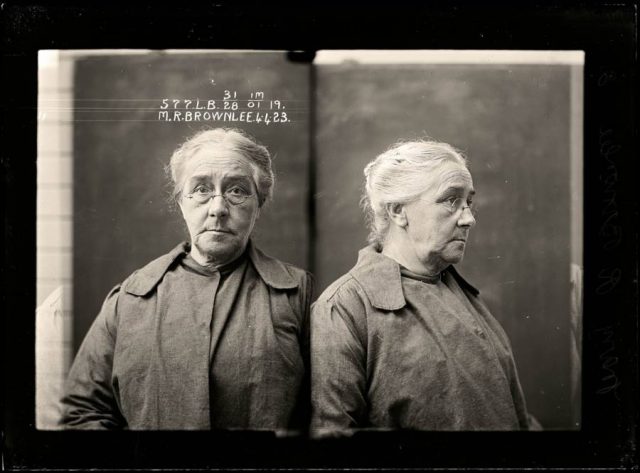 PG is still working on his office cleanup. In the process, he is taking steps to streamline moving papers to their proper files or other fixed collection points and it is taking longer than he expected (Mrs. PG is not surprised).

Over the weekend, PG took a photo of a lovely flower growing on a huge plant which Mrs. PG has named Caesar. Caesar resides in Casa PG and dominates whatever room he occupies.

PG used a macro lens to get close to Caesar’s flower and liked the look of the photo after a few tweaks. 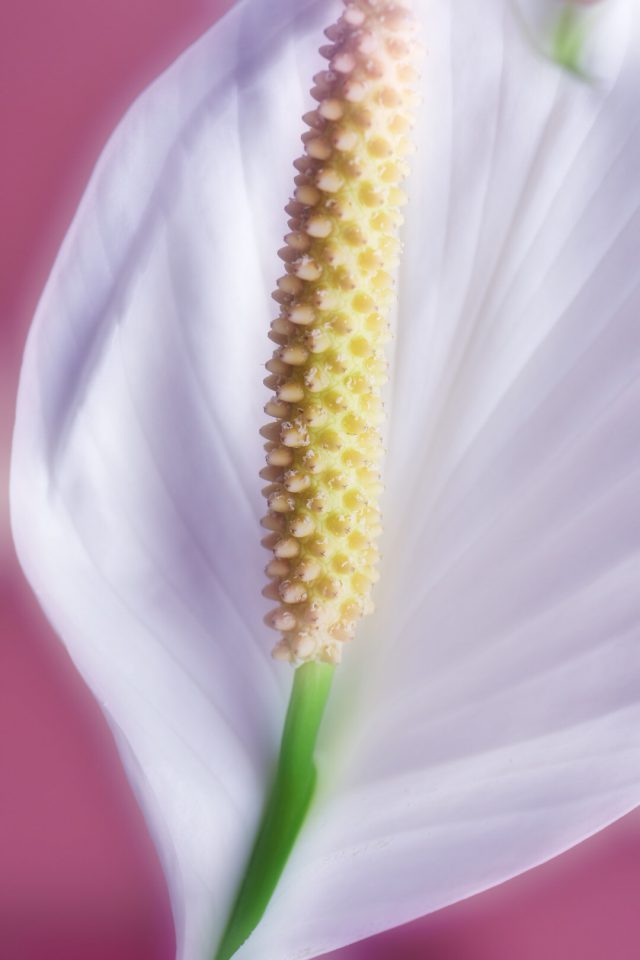 Yesterday, PG posted an item about Bess of Hardwick and included a photo of Hardwick Hall.

One of PG’s favorites is Longleat in Somerset. The house is difficult to see from the photo below, but the view is called Heaven’s Gate on a hill overlooking Longleat.  Longleat House itself is by the river on the right side of the photo.

Feel free to use the comments to suggest other nominations for the loveliest country house in Britain.

PG took part of the afternoon off and did some photography.

Fortunately, he remembered Valentine’s Day and made arrangements for Mrs. PG to receive some roses.

The roses were a subject for PG’s photography and post-processing activities.

He’s inserted two of his photos below. The first one received some minor tweaks and the second one is called Rose Noir.

For some reason known only to WordPress, embedding the photos in TPV played havoc with their colors. Click on each one to (hopefully) see the photos as PG intended them to look. The second photo is called Rose Noir. 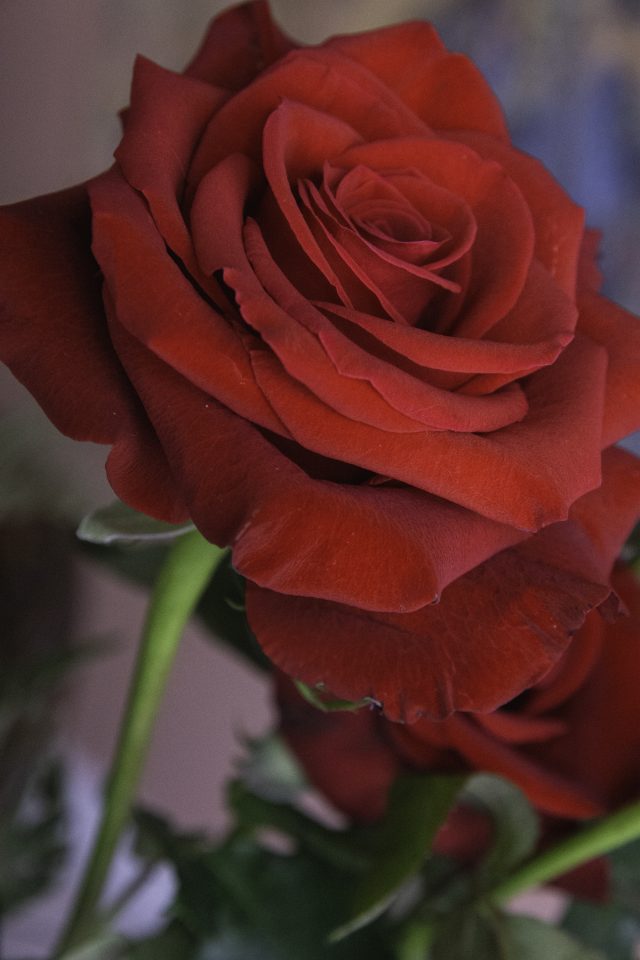 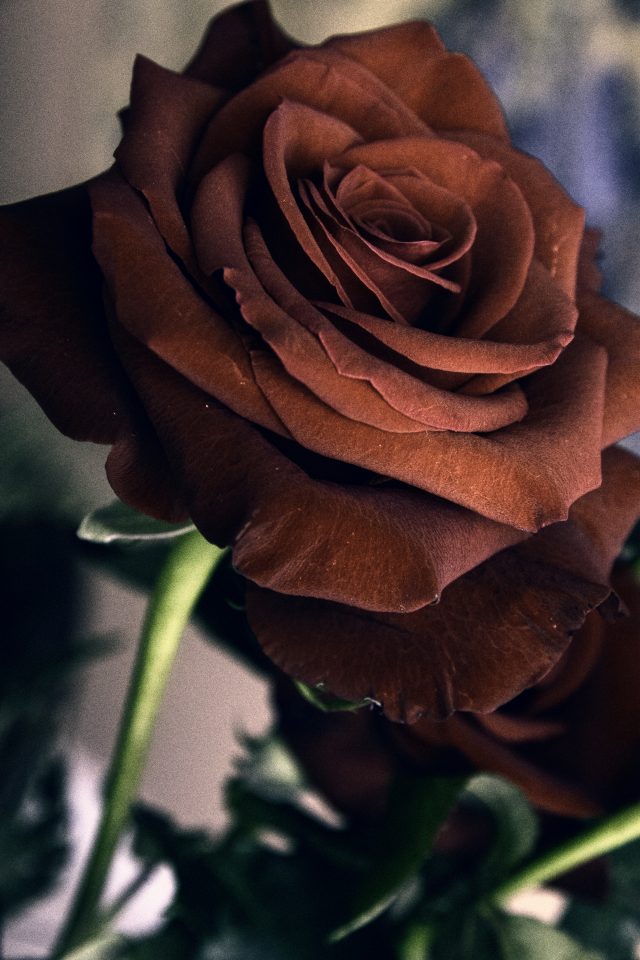